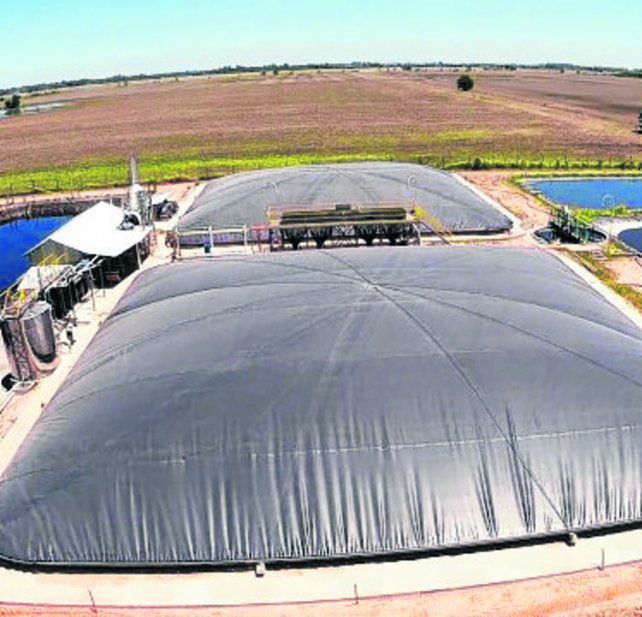 Concrete and ongoing projects that are being developed in the province of Santa Fe show that the implementation of the circular economy in the region is not only possible, but “it is a fairly close reality”, predicted Gloria Rótolo, specialist of the Station Experimental of the National Institute of Agricultural Technology (Inta) of Oliveros .

Within the framework of the cycle of talks that this entity has been promoting for several months, Rótolo gave an exclusive dissertation on circular economy which he defined from and as an alternative approach for a viable production, on a planet whose population exceeds its capacity. to regenerate resources and assimilate waste.

“At some point we have become out of adjustment with the home that shelters us because the natural system cycles everything: resources and waste. It does not use anything from outside and does not throw anything outside. And at some point we began to extract, consume and throw away, believing that resources are infinite and letting the future solve our waste problems for us, “said Rótolo in the introduction to the subject.

From there he defined that humanity follows the pattern of “taking, making and discarding”, which, due to overpopulation, exceeded its own limit, “to the point that today to reach the capacity for regeneration and absorption of waste, we require the resources of almost two planets ”, said the specialist.

In this sense, Rótolo mentioned a study carried out by Stockholm researchers since 2009, in which nine indicators are identified, of which a limit was found for seven (the other two have not yet been found). And of those seven, three have far exceeded the limit of safe operation for humanity, which are greenhouse gas emissions, the removal of atmospheric nitrogen from the atmosphere for industrial and agricultural use, and the loss of biodiversity .

In addition to these consequences, “ we are seeing that at the level of resources and environments, food production is wasted by a third per year . This third that we are throwing away required 23% of the world’s annual cropland per inhabitant per year and 24% of the total fresh water, representing an economic loss of almost 3 trillion dollars per year ”, the researcher remarked.

To this, he said that “there is a very large global malnutrition and that could have fed 10.7% of that undernourished population and also represented 7% of greenhouse gas emissions.”

On the other hand, “the scheme that we have been following for some time is subject to vulnerability due to the current situation, market interests and different international prices. We also have economic losses due to structural waste ”, warned Rótolo.

In this regard, he pointed out that ” we are producing a large amount of waste that we have to put it somewhere and there are some types that we still have not resolved where to put it.”

All of this, together with the deterioration of natural systems, constitutes the repetitive pattern of a linear consumption and production pattern, “where taking and discarding is the norm and habitual. This has come to an end. You cannot continue with this same pattern because we will not reach a good port. We have to change the approach ”, emphasized the specialist from Inta Oliveros.

This change of perspective “could be the circular economy where it offers a new opportunity for innovation and integration between natural ecosystems with the socio-economic system, companies, our daily lives and waste management”, Rótolo conceptualized.

This, under the vision that “we can have an action and impact a smaller system, and that we are impacted by a larger system. Where the waste management precisely must be resolved because if not, they will impact on the minor system or we may have waste that will impact us on a larger system. We have to have that vision of the system ”, he conceptualized.

These definitions have been breaking out in recent times, but “they are nothing new,” Rótolo said, recalling that in some authors they already began to impose them at the end of the 80s and in the 90s they became popular. Even “in the 60s they considered that circularity in the economy was a prerequisite for maintaining human life on Earth. In this the system vision is very important and sometimes we get carried away by a very linear vision ”, he observed.

“The circular economy generates economic and business opportunities that provide, at the same time, environmental benefits

The circular economy is restorative and regenerative by design and aims to keep products, components and materials at their highest usefulness and value at all times, as well as contributing to the overall health of the system.

It organizes the socioeconomic system as if it were a natural system, where there is no waste, and everything cycles without transferring costs or environmental burdens.

It recognizes the importance of the functioning of the socioeconomic system at any level: large and small businesses, organizations and individuals globally and locally.

The transition to the circular economy is not limited to adjustments that reduce the negative impacts of the economy, but represents a systemic change.

Stimulates creativity and inter and transdisciplinary work. It contributes to long-term resilience, generating economic and business opportunities that provide, at the same time, environmental benefits because “we largely reduce emissions and social benefits, because it is a driver of new opportunities and therefore new jobs” , remarked the specialist.

The circular economy starts from the design for the future. “The design system perspective is considered even if we have to rethink a business model. It must be considered to open up opportunities, for other possibilities, to create greater value, to stimulate the interaction between the product and the service ”. Furthermore, new technologies must be incorporated to optimize the use of resources.

It is also necessary to “collaborate to create joint value. Interact with multidisciplinarity, collaborate with all those who are going to be part of this system that is going to generate new possibilities. In other words, this interaction can occur from within the process that we are developing as well as an interaction outside the process, because it can add a lot of value and opportunities, ”said Rótolo.

Other keys are to use waste as a resource and preserve and extend what has already been done, maintain it, repair it, improve it. And fundamentally, prioritize the regeneration of resources and the use of renewable resources.

A very traditional scheme of the circular economy is the so-called butterfly scheme, where “we have the cycles of the biological part on the one hand and on the other hand the technological and socioeconomic cycles, with an interaction between both”, explained the researcher.

The three cycles that regulate these three parts of the butterfly aim to regenerate natural systems. The first principle by which they are governed is that “in nature there is no waste. Everything is food. So we have to try to do that again using technology ”, highlighted the specialist

The second principle is to keep the materials and products in use, that is, reuse, repair, remanufacture and also recycle. “But with the latter you have to be very careful, because recycling does not always mean an environmental and economic improvement,” the speaker warned.

The third principle is to eliminate waste and contamination from the design. “And this is fundamental: starting from the design or from making a modification in the model that we are implementing, since waste is not accidents or something Inevitable. They are the consequence of the decisions made during the design ”, he pointed out. In other words, “we can reduce waste by a very high percentage if we start to think about systems from design.”

Establishing a difference between “consuming” and “using” water “for our needs also positions us differently”, as does “exchanging waste for an alternative or for an opportunity for something else. “And being participants in our habitat, being responsible. Change fossil energy for renewable energy, not be afraid of diversity because it gives us strength in our endeavors. Think in the short term, but plan for the medium and long term ”, Rótolo explained.

All these keys are being implemented at the company level in cities, regions and countries. In this sense, since 2011 the European Union has already raised zero waste and adopted in 2015 a plan with 54 actions, “where the process of the objectives of reducing waste and promoting the reuse of all waste is monitored” .

“Since 2002 China has legislated the circular economy and we also have regulations, especially for urban solid waste. A national circular economy plan has also been proposed at the ministerial level, which includes a strategic plan for waste management towards a circular economy in the provinces, but it is not fully implemented yet ”, commented the researcher.

Rótolo presented an experimental case that the Inta Oliveros station addresses together with the cooperative of the Monje commune. “The idea is that there is an integration between the activities of the region, the supply basin of the cooperative and see how they can interrelate with Inta, contributing with new proposals. And in turn, see how the industries can contribute ”, he stated.

The project covers 12 localities within a radius of about 2,000 kilometers, where agriculture, cattle ranching, dairy farming, agribusiness, pig and chicken farming are carried out. “And we have a recycling industry and a recycling cooperative until now,” he explained. In this sense, the specialist clarified that the project is in full progress and can continue to develop.

Biogas and methylated oil are produced at the Monje cooperative . The process begins with the entry of the grains to the cooperative, of which a part is exported, others are used for balanced food and another part goes to the extrusion plant.

The balanced feed is used to feed pigs owned by the same cooperative that go to the local market, and crude oil and methylated oil come out of the extrusion plant. That is marketed for agrochemicals. Likewise, waste from the storage plant, from the production of balanced feed, waste from pigs, gums and phospholipids from extrusion and glycerol from the methylation plant feed the biodigester.

This biodigester generates electricity for the extruded plant and “the idea is that with the digested it is possible to obtain some type of fertilizer to distribute in the fields of the producers who feed the cooperative,” Rótolo said.

“So we have in the Monje cooperative an extraordinary way of recycling, it has a nearby supply basin and the idea is that through the cooperative part of what the producers are entering as biofertilizer can be returned,” the specialist summarized.

“At the level of the region that we are analyzing, we have registered 174 industries, companies and cooperatives and the idea is to identify which are the most drinkable that may be contributing towards a constant volume for the cooperative, aiming towards a win win, where both companies win and both situations benefit ”, concluded the Inta Oliveros reference. 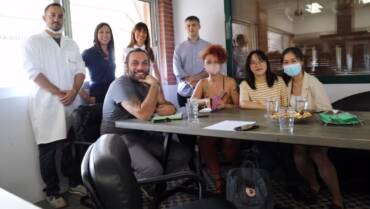 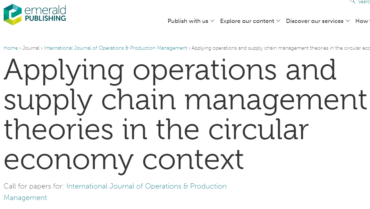